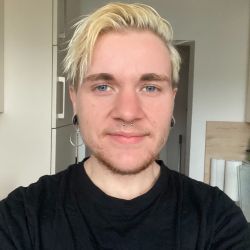 Joshua McGregor is an aspiring media artist with a focus on different types of moving images. His preferred medium is film, other experiences lie in 2D and 3D animation as well as digital illustration. Previously he has worked as an intern in an online marketing company as well as a freelance illustrator, graphic designer and sandwich artist.

Currently he is working on finishing his joint degree in Digital Media at Leuphana University Lüneburg and Creative Media at City University of Hong Kong with a minor in Philosophy.

This video constitutes a video that was made as a group effort. Personally, I contributed by coming up with the idea and look of the set within the group, as well as doing some of the camera work.
The set shows a love hotel in Tokyo, Japan in which a sex worker has been murdered. As to strengthen a mysterious mood, the lighting is very strong an colourful. Additionally, the unstable and tilted shots strengthen this by providing a sense of disorientation.

Handdrawn 2D animations made in March 2020.

My 3D animation skill lie, first and foremost, in texturing, rendering and lighting. Therefore, in this animation made in 2019, I used models made by other artists. The texturing, lighting and animations are done by me. The cabin model was provided by Pixar for a lighting and texturing challenge.
The colours and lights are chosen as to create a warm and friendly athmosphere.
All photos taken in 2020. 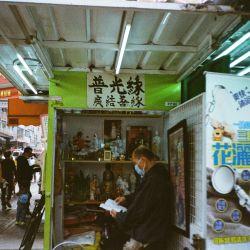 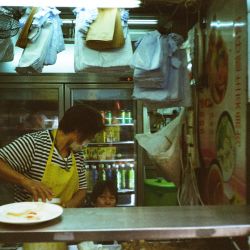 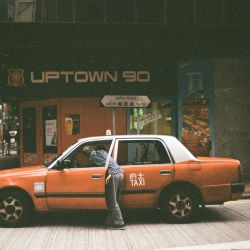 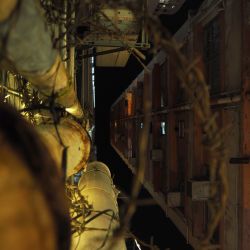 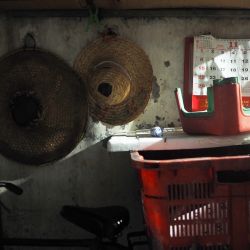 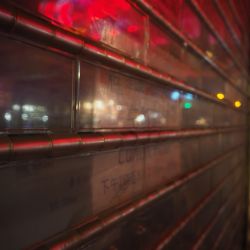 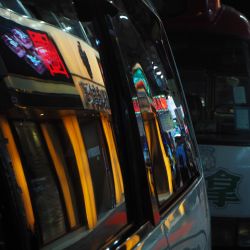 As one of the previous works, this work stems out of the study of Michel Foucault's writings, especially the wirings theorising bio power and discipline. Within the context of these topics, the artists made research about legal gender recognition for transgender people in Hong Kong and the discourse surrounding a potential Gender Recognition Act.
The artwork itself consists of a Website that acts as a sort of databank presenting the discourse in different types of media outputs. Within the database, the viewer can find the pre-history of the legal struggle for gender recognition in Hong Kong, as well as the history of the divide between sex and gender and things like a photo series made by the artist as a response to the topic. Media range from audio recordings and videos to scientific papers.
Within the paper written next to the artwork, the artist argues that the fact that a transgender person has to undergo surgery to be legally recognised as their gender in Hong Kong can be seen as an act of Foucauldian bio power as well as discipline: not only is the body of a transgender person disciplined by the medical experience as to normalise it, it is also made a governable subject due to the surgery requirement: as to gain access to main part of life while being able to represent their authentic feeling of their own gender, transgender people are required the enter the medical system, confess their gender non-normativity and undergo different types of assesments and treatments as to become transsexual. As in Foucault’s analysis, the doctor here acts as an expert advisor to the state as to enhance control over the trans body and regulate the new phenomenon encountered: “the crossing of sex”. It is important to stress the fact that a transsexual subject is created: many transgender people, for a number of reasons, do not aspire medical treatment or any surgery. By medicalizing the transgender experience, the government allows for control in this regard: a transgender person must have sugery as to be recognized, legally, for who they are, therefore becoming transsexual.

This shows that the requirement of surgery for gender recognition in Hong Kong does not only serve to medicalize the trans subject, it also makes the trans population readable and governable by creating assured “permanence”. By assuring that transgender individuals have received full SRS before allowing them to be their desired sex legally, the juridical complex uses biopolitical action as to maintain the readability of the trans population, minimize gender flexibility and create a permanent subject that can be governed.

The medicalisation of the trans subject can be seen in the imagery within the work, as well as the choice of colours and the navigation of the database, as it is navigated by clicking on the image of a transgender persons body which is lying on a white sheet that is supposed to remind the viewer of an operating table, covered only by their diagnosis of "transsexualism".

The artwork, created in 2020, is titled " Do you really need to know?". With this title, the artist attempts to show that he himself cannot provide an answer: will a gender recognition act help? Or will it simply strengthen control over us as it is stuck in the same binary thinking that the current regulation is based upon?